Aryabhatta was the first major mathematician and astronomer from the classical age of India. 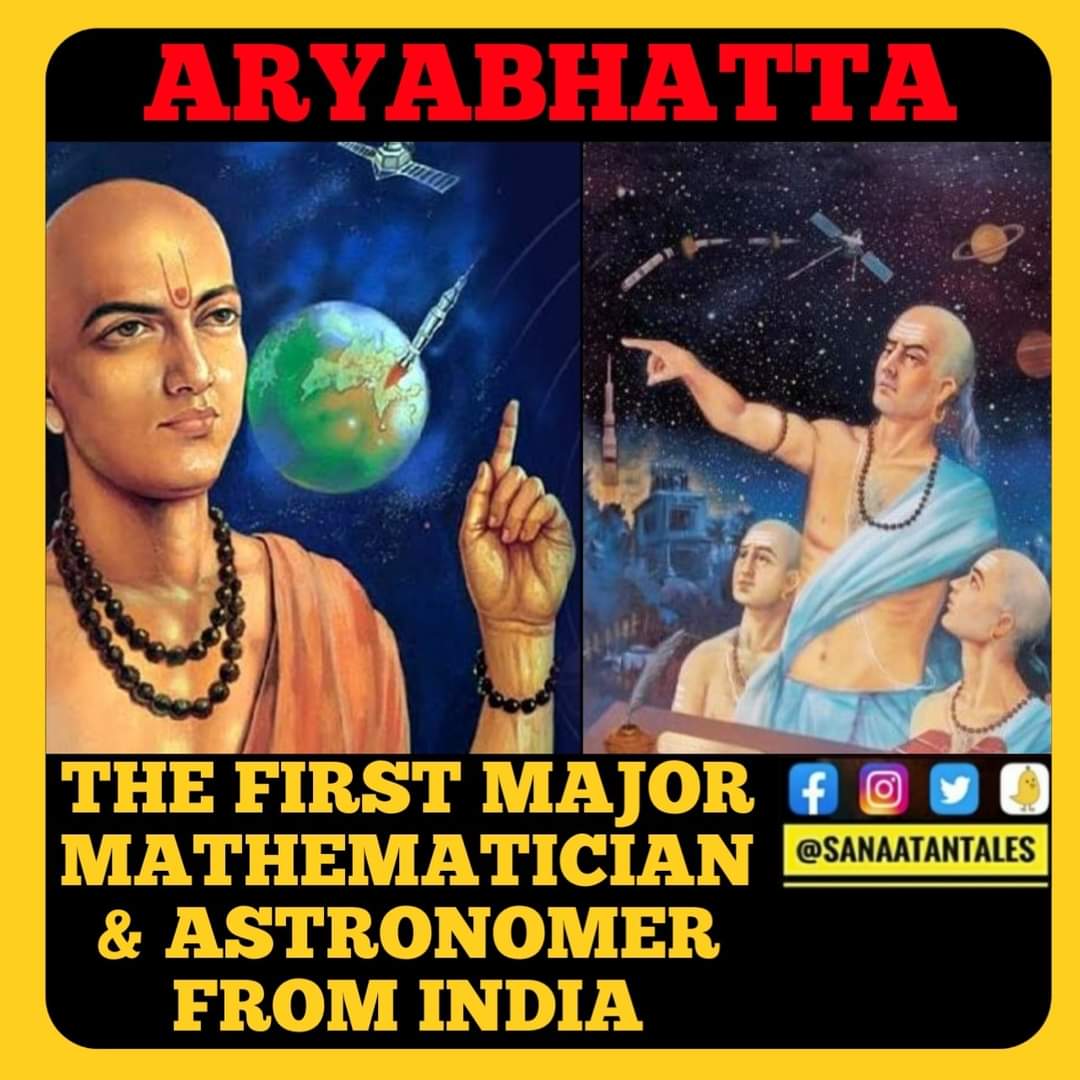 His works include 𝐀𝐫𝐲𝐚𝐛𝐡𝐚𝐭𝐢𝐲𝐚 𝐚𝐧𝐝 𝐭𝐡𝐞 𝐀𝐫𝐲𝐚-𝐒𝐢𝐝𝐝𝐡𝐚𝐧𝐭𝐚.His most famous work was compiled when he was just 23 years old.
‘Ayrabhatiya’ covers several branches of mathematics such as algebra, arithmetic, plane and spherical trigonometry.

His principal focus was mathematics; he went into extraordinary insight about arithmetic and geometric movements like 2, 4, 6, and 8 or 2, 10, 50, and 250.

He formulated a brilliant technique for finding the lengths of chords of circles with half chords as opposed to the full chord strategy utilized by the Greeks.

Aryabhatta worked on the place value system and 𝐝𝐢𝐬𝐜𝐨𝐯𝐞𝐫𝐞𝐝 𝐳𝐞𝐫𝐨 𝐟𝐨𝐫 𝐭𝐡𝐞 𝐟𝐢𝐫𝐬𝐭 𝐭𝐢𝐦𝐞, making use of letters to indicate numbers and pointing out qualities.

Aryabhatta challenged many superstitious theories. Aryabhatta also gave a 𝐭𝐡𝐞𝐨𝐫𝐲 𝐨𝐧 𝐞𝐜𝐥𝐢𝐩𝐬𝐞; he said it wasn’t because of Rahu, but because of shadows cast by the earth and moon.

Another discipline Aryabhatta explored was astronomy; he concentrated on a few geometric and trigonometric parts of the celestial sphere that are still used to study stars.

Namaskar to the man who made such advanced discoveries back in the day when half of the world wasn’t even civilized.

Hierarchy of Army and Soldiers in Mahabharata