The discovery of oil in Kuwait, which remains the main source of national wealth, had a major impact at the beginning of the country’s civilization renaissance, which includes all aspects of social, urban, educational, and economic life. The capacity of these vital services has evolved dramatically, as evidenced by the follow-up figures for the development of production in electricity.

Kuwait did not know electric power until in 1913 by a British Indian engineer named NSBAYANKAR, where he entered into an agreement with Sheikh Mubarak Al-Sabah on 10/13/1913 AD to enter electricity in Seef Palace and the value of 7000 rupees to operate 400 lamps with the device that works on kerosene. In 1934, the country witnessed a real birth of electricity services through the establishment of the first small electrical power station to be built by the Ahlia Electricity Company. Production at this plant started by installing only two generators with a capacity of 30 kW each and the distribution was constant (200 V). The subscription is significant if the number of subscribers at the end of the first year is only 60 subscribers, but shortly after the demand increased, the number of subscribers in 1940 increased about 700 subscribers and the installed capacity to 340 kilowatts, because the majority of citizens were dependent on kerosene lamps or some other oils energy Light. 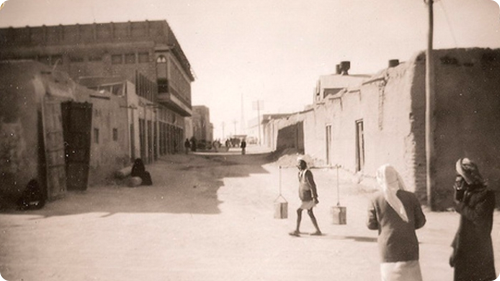 Despite this simple and good start compared to the residents of Kuwait at that time, this step faced stagnation due to the conditions of World War II, and at the end of the war the company decided to gradually phase out the DC system provided by the AC system in three stages with pressure (380/220) Volts and frequencies (50) Hz. The company established a power plant in Mirqab, which includes two generators with a capacity of 200 kilowatts each, and it became operational in early 1949.

Today, Kuwait covers extensive electrical networks, some from the air lines and others from the cables buried under the surface of the earth, in addition to the main and secondary transfer stations and subsidiary distribution centers that secure the arrival of the electrical current to each consumer. Electrical networks of various pressures play vital and fundamental roles as they cover most parts of the country with its geographical breadth, and they transfer the electric energy produced from various power plants in large quantities to the main feeding centers, and from these to the transfer centers and then distribute them in appropriate quantities to reach consumers in the residential and commercial sectors And industrial and others.

After the ownership of the company was transferred to the government in 1951 and the establishment of a generation station (A) in Shuwaikh, the General Electricity Department increased the pressure of the electrical network from (380) volts to (11,000) volts pressure and expanded its geographical area to meet the increasing number of consumers, and stations were established Sub-diversions: 11 kV / 415 volts, as well as terrestrial cables and 11 kV overhead lines to feed them, but the 11 kV network soon reached its technical range to transfer energy to remote areas, and therefore took place in 1958 AD when I run the power station (B) In the Shuwaikh area, the addition of the transmission network with pressure of 33 kV, which included terrestrial cables, 33 kV air lines, and conversion stations of 11/11 kV in the city and the Salmiya region.

After the establishment of Generation Station (C) in the year 1961-1962, the transmission network 33 KV was expanded, and additional transmission stations opened 33/11 KV in the city and the Hawalli and Jahra regions. In 1964, when work was underway to construct the North Shuaiba power plant, the need arose to raise the pressure of the transmission network to 132 kV, and the Ministry established the first transmission line with a pressure of 132 kV from Kuwait City to Shuaiba, and the fifth fifth ring main transfer station was also established. By pressing 132/33 kV to transfer electrical energy to the Shuaiba and Fahaheel regions, pending completion of the Shuaiba power plant.

The expansion of the 132 kV transmission network continued and strengthened after the completion of the North Shuaiba Station (1965-1969), then the Southern Shuaiba Station (1970-1974), and after that the East Doha Power Station (1977-1981), so electricity was transported in large quantities through the 132 k transmission network. To the main transfer stations 132/33 KV and 132/11 KV that were installed in feeding centers in various regions of Kuwait on a large scale, and the expansion of the network has shrunk 33 KV.

With the continued increase in the electrical load and the parallel increase in the capacity of the generation stations, the transmission network reached 132 kV, within the limits of its economic and technical ability to transfer the increased loads, and therefore it was decided to establish a new transmission network with a pressure of 300 kV to operate simultaneously with the operation of the new generation station (Doha West) So that this network connects the electric power stations and extends between them and the main transfer stations 300 k. P, which will form the main feeding centers in the different regions, and the main structure of the 300k network has been established so far. P, which connects the generating stations to the 300 KV substation in the areas of Jabriya, Salmiya, Al-Omaria, Fintas, Shuaiba, Sixth Ring Road, Shuwaikh, South Surra, Madinah, South Sabah Al-Salem, Sulaibiya, and Jahra.

The tremendous progress Kuwait has made in providing water to meet its water needs goes hand in hand with what it has achieved in order to meet the increasing demand for electricity, two of the most important manifestations of the renaissance that contributed to its availability of oil wealth and the continuous and continuous effort made to enhance the welfare of the population, and the achievements that Achieved is only a translation of the effort and money provided by the state to develop this vital facility. Table (2) shows the average daily fresh water consumption (million imperial gallons) and total this consumption during the period from 1975-1998 m.

Kuwait previously relied to satisfy its water needs on artesian wells in a number of areas of Kuwait, and it was the main source of drinking water in addition to the water that was brought by boats and sailing ships from the Shatt al-Arab. In 1905 AD, the first well containing a relatively large stock of fresh water was discovered in the Hawalli region, and in 1925 AD a sailor sailboat sailed to the Shatt al-Arab where he brought fresh water with a group of barrels which he emptied into a small tank near Shuwaikh Beach. Transporting water by boat along this line for a period of time, followed by the use of water tanks instead of barrels, where the boats and sailing ships became water tankers.

Al-Zour South Station: In 1988, it began operating 5 distillation units in the Southern Az-Zour Station and 3 units in 1989, each with a capacity of 6 million imperial gallons per day.