ISRO begins countdown for launch of its radar imaging satellite on PSLV-C49 (Polar Satellite Launch Vehicle). The launch is scheduled for November 7 at 3:02 pm.

The Indian Space Research Organization (ISRO) on Friday informed that the countdown for the November 7 launch of earth observation satellite EOS-01 along with nine international customer satellite onboard launch vehicle PSLV-C49 has begun. According to the latest information posted on ISRO’s Twitter handle, the PSLV rocket will be launched from the Satish Dhawan Space Centre (SDSC) in Sriharikota on Saturday around 3:02 pm. This will be the first launch of the year.

The space agency informed that Polar Satellite Launch Vehicle’s primary payload EOS-01, earlier known as RISAT-2BR2 is an earth observation satellite that has been designed for applications in agriculture, forestry and disaster management support. ISRO also plans to launch nine other customer satellites, including four each from the US and Luxembourg and one from Lithuania. 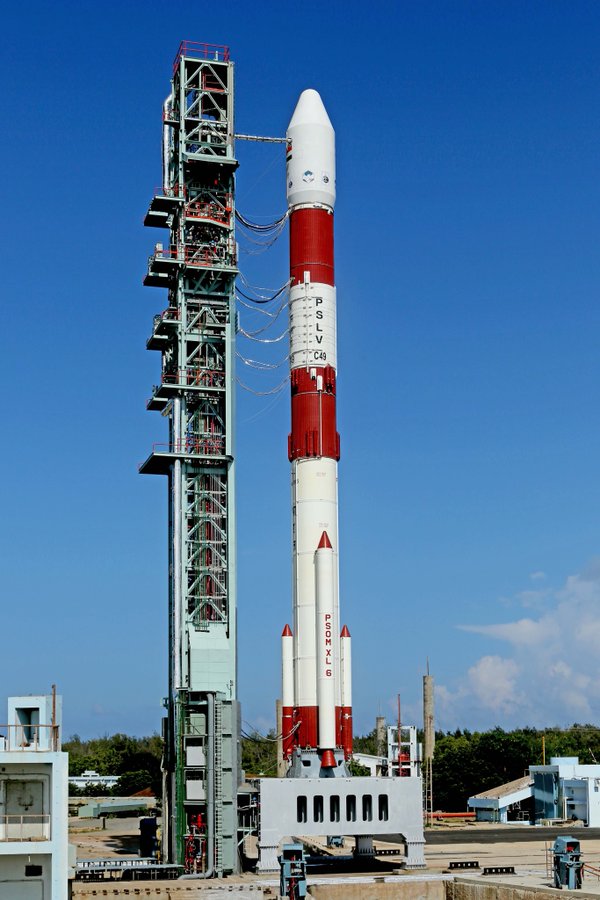 As per the details released by ISRO, Polar Satellite Launch Vehicle (PSLV-C49) is a four-state rocket and is 44.5 m in total height. The two earth storable liquid engines are places in the uppermost stage of the rocket, it added. The rocket is fuelled by the propellant Hydroxyl-terminated polybutadiene (HTPB) and the overall weight of PSLV-C49 is 320 tonnes. Also known as ‘workhorse of ISRO’, this series of carriers have been highly successful in ISRO’s multiple missions to launch satellites into the various orbital levels of the space.

What is Earth Observation Satellite?

Earth Observation Satellite also known as Earth remote Sensing Satellite is a satellite used or designed for earth’s observation from orbit, including spy satellites and similar ones intended for non-military uses such as environmental monitoring, meteorology, cartography and others.

According to ISRO’s records, currently, India operated the largest constellation of remote sensing satellites. The data recorded from these satellites is then used for various modern-day applications including covering agriculture, environment and disaster management, water resources and more.